After bruising week, global stocks make fragile gains ahead of US jobs data 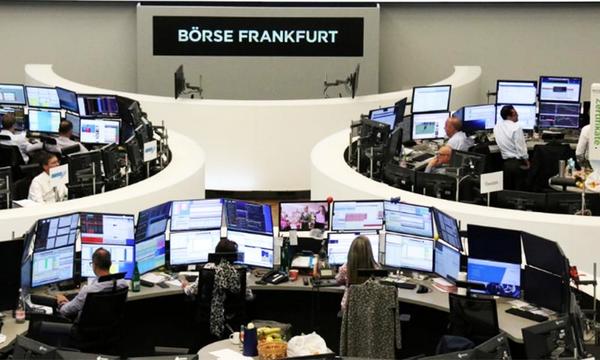 Global stocks were slightly higher on Friday, clawing back some ground lost in their worst week for months, and safe haven assets rose ahead of a key jobs report as investors hoped this week’s dismal data would trigger more United States interest rate cuts.

Trading overall was subdued after a bruising week for assets considered riskier in times of economic and political stress following a slew of week economic data that revealed a slowdown in US manufacturing and services.

But a fragile optimism emerged that evidence showing the trade war has dented the world’s top economy may spur US President Donald Trump toward a more conciliatory stance over the dispute with China as campaigning for next year’s election ramps up.

It may also prompt the Federal Reserve to cut interest rates again.

MSCI world equity index, which tracks shares in 47 countries, eked out small gains, up slightly at 0905 GMT and reversing earlier losses in Asia as investors looked to a key US job report that could determine whether the Federal Reserve cuts rates further.

Taking comfort from gains on Wall Street overnight, European bourses were all higher, with the pan European STOXX 600 and euro-zone benchmark up 0.2 per cent.

Still the global index was on track for a 1.8pc drop on the week, its worst in two months, hurt by a drum roll of weak global data, political uncertainty in the United States and Hong Kong, geopolitical tensions in the Middle East and Brexit.

Europe, and in particular London’s FTSE 100, has lagged the global market, bearing the brunt of woes from a global manufacturing recession to growing trade conflicts and uncertainty over the Britain’s exit from the European Union.

On Wednesday, Washington said it would impose 10pc tariffs on European-made Airbus planes (AIR.PA) and 25pc duties on European products such as French wine, as punishment for illegal EU aircraft subsidies, opening a new front on the global trade spat.

US stock futures were lower, signaling a weaker open later and reversing a 0.80pc increase in the S&P 500 on Wall Street overnight on hopes that future Fed rate cuts will support corporate profits.

Talks between Beijing and Washington resume next week, aimed at agreeing a truce over the protracted trade spat between the world’s two largest economies, although hopes of a definitive agreement are pretty low.

Global equities could fall as much as 15-20pc if negotiations break down and Trump follows through with his threat of car imports tariffs, UBS global chief investment officer Mark Haefele warned on Friday.

The Swiss bank reckons there’s a 50pc probability that additional duties will be announced by the year-end, potentially pushing global growth down to 3pc next year, the slowest pace since the global financial crisis.

“Without a resolution to the US-China trade dispute, we see limited upside for stocks in the near-term, and given the risks of further escalation we hold a modest tactical underweight on equities,” he said.

Signs the US economy was losing momentum, and nerves ahead of key jobs numbers later in the day, sent investors into safe haven asset such as government bonds and gold.

US nonfarm payrolls data is expected to show the world’s top economy added 145,000 new jobs in September, more than an increase of 130,000 in the previous month.

Euro-zone government bond yields were lower in early European trading and spot gold was up 0.3pc, on course for a 0.75pc weekly gain.

US Treasury prices fell slightly overnight but two-year yields,which track expectations for US monetary policy, remained near the lowest in two years.

The dollar index steadied after hitting a 2-1/2-year high this week. It was down 0.3pc on the week.

The Fed has already cut rates twice this year as policymakers try to limit the damage caused by the bruising Sino-US trade war.

For the week, the dollar was down 1.04pc versus the yen and off 0.3pc against the common currency.