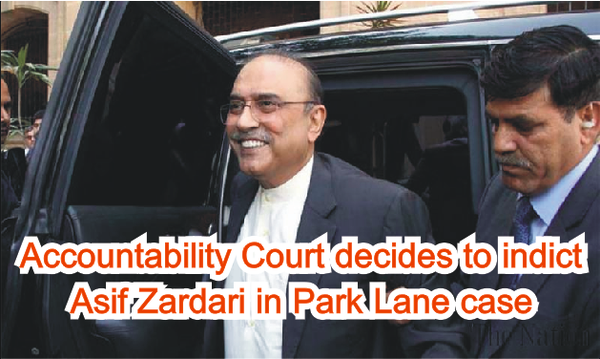 Accountability court has decided to indict former president Asif Ali Zardari in Park Lane case on July 06. The court has decided to frame charges against Co-chairman of Pakistan Peoples Party (PPP) via the video link at hospital or his residence in case of his ill health. Registrar of the accountability court has wrote a letter to the National Accountability Bureau (NAB) Karachi for finalisation of arrangements for Zardari's indictment. The court has directed NAB Karachi to ensure presence of the PPP leader on the video link at his home or hospital in case of his ill health.

The court has also directed NAB to ensure presence of other accused along with Zardari and take all necessary steps for their indictment. The court in its letter said that the NAB Karachi should made arrangements for indictment of Anwar Majeed, Farooq Abdullah and other accused. The court also directed NAB Karachi to nominate its representatives for identification of the accused adding that charges will be framed against all accused on July 06 at 9:30 in the morning.