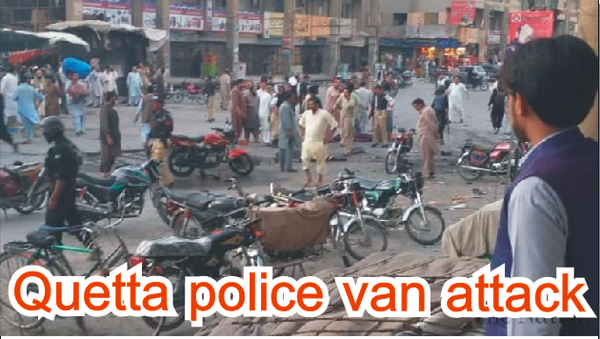 A blast targeting a police van wounded nine people including three policemen in Quetta. The blast took place through explosive material planted in a motorcycle on Quetta's Spinny road, police said.  This is the third incident of police being targeted by militant groups in the capital of the Balochistan province. Last week, at least one person died in an explosion at the city's Double Road. Officials said that 10 others were injured in the same blast.On Sept 26, at least three policemen were injured in a blast in the Eastern Bypass area of Quetta. According to security officials, unidentified militants attempted to target a police vehicle near the Eastern Bypass that left three security men wounded.