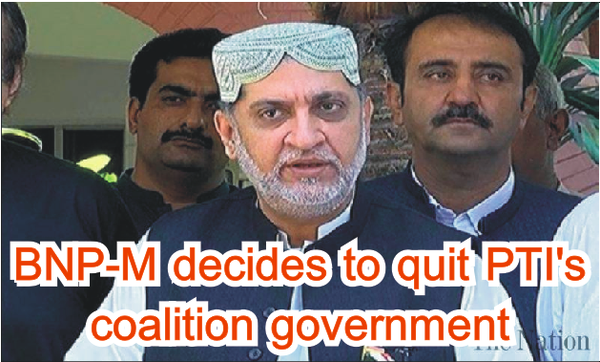 The federal government was dealt a blow on Wednesday as Balochistan National Party-Mengal (BNP-M) leader Akhtar Mengal announced that they are breaking their alliance with the ruling party. “Today, I announce in the Parliament the separation from PTI’s alliance,” said Mangal while addressing the National Assembly. However, he clarified that they will continue to be part of the National Assembly and keep talking about their problems.

While addressing the House, he said that his party has waited for two years but no one has bothered to pay attention to their demands despite fully supporting the government in previous budget. It is to be mentioned here that BNP-Mengal announced its coalition with PTI after General Election 2018. Currently, BNP enjoys four seats in National Assembly and one seat in Senate.