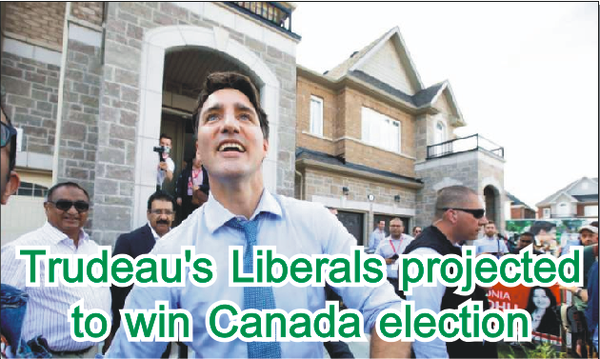 Canadian Prime Minister Justin Trudeau and his Liberal Party are expected to win re-election in polls held Monday, the Canadian Broadcasting Corporation (CBC) reported.  Trudeau's Liberals will have to seek support from at least one other party in order to pass any legislation, meaning they will form a minority government. NBC News reported that official results will be announced once all of the votes are counted.

Monday marked Canada’s 43rd federal election. Some 4.7 million people voted in the advance polls held across Canada over the last four days, according to federal agency Elections Canada. The other main contender is the Progressive Conservative Party led by Andrew Scheer.

Canadians voted for individual members of parliament running in electoral districts called ridings. There are 338 ridings, hence 338 seats in the House of Commons. Trudeau, 47, got a key endorsement last week from former U.S. President Barack Obama. But last month, photos surfaced online of Trudeau in blackface and brownface when he was younger. He apologized and called them "unacceptable."