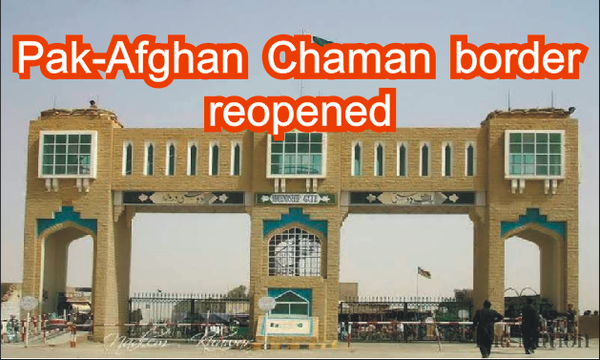 The Chaman border has been reopened and Pakistanis stuck in Afghanistan have started returning to the country on foot. According to media reports Afghan nationals who are stuck in Pakistan can also go back to their country The people returning are being screened and tested for the novel coronavirus and then quarantined at isolation camps set up by the army in Chaman. Two weeks back, the Afghan government had refused to reopen the border for people crossing on foot. They then changed their minds and agreed to it on Saturday (June 6). This border was closed earlier following upsurge in corona virus infected people in both countries of Pakistan and Afghanistan.