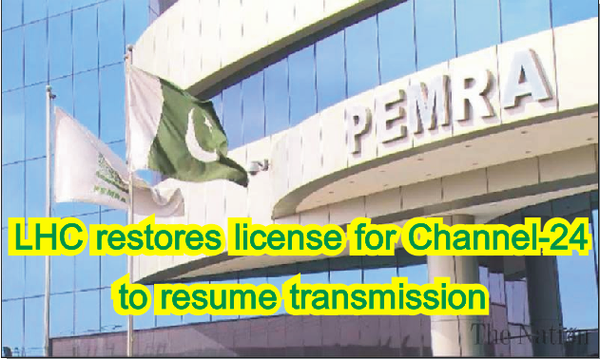 The CNN took the plea that PEMRA suspended their license without hearing their stance which is illegal. Counsel for PEMRA opposed the petition filed by CNN saying the petition is not maintainable in LHC. The counsel for PEMRA said that action against channel-24 news has been taken in Islamabad. CNN should have resorted to Islamabad High Court. Justice Sajid Mehmood while ordering the restoration of 24 News HD license rejected PEMRA stay order plea. The court while issuing notices to federal government and PEMRA has sought reply from them.