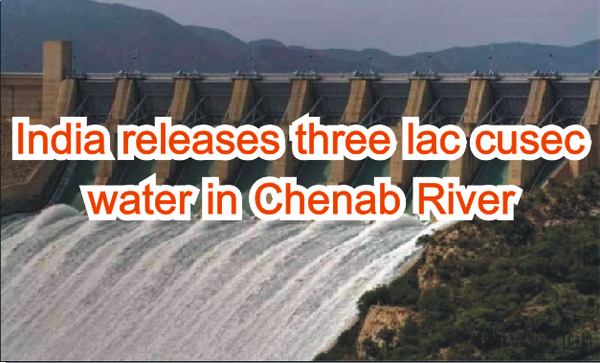 India on Saturday has released three lac cusec water in the Chenab River as administration has issued alert in Sialkot, Mandi Bahauddin, Jhang and to inhabitants across the river. According to details, India opened all spillways of the Salal Dam on the Chenab River in the Reasi district of the Indian Illegally Jammu and Kashmir after water touched danger level. Authorities of the Head Marala and irrigation department have been advised to remain prepared for any possible situation. Water level of the Head Marala increased from 76,000 cusec to 1,40,000 cusec in five hours.