3 civilians injured in Indian shelling from across LoC: officials 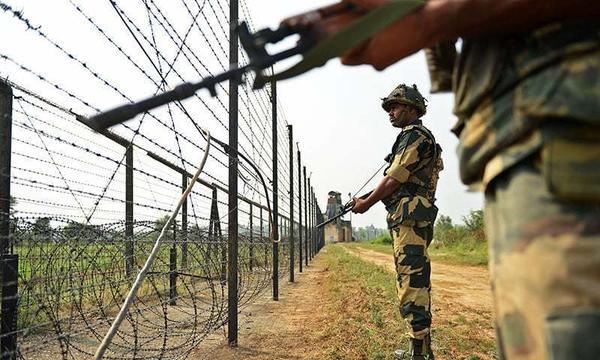 Three civilians, including a woman and her teenage son, were injured in Azad Jammu and Kashmir (AJK) on Monday in heavy Indian shelling from across the restive Line of Control (LoC), officials said.

The casualties occurred in Gujjar Morr village of Samahni tehsil, in the southernmost Bhimber district, after Indian troops resorted to ceasefire violations at about 2:30am, using both small and big arms.

“The shelling lasted for one and a half hours without any pause and it was intense,” Bhimber SP Sultan Awan said, adding that Indian troops targeted the civilian population “intentionally”.

“Even now, firing with small arms continues intermittently,” he told Dawn in the evening.

“Splinters hit the woman in the back and the boy in the feet,” he said.

Pictures of the boy shared on social media showed his right foot having been crushed by the shrapnel.

DHO Hussain said after initial treatment in a military-run health facility, both the mother and son were referred to CMH Kharian.

The third victim was identified as 34-year-old Khalid Hussain alias Kalu who was on a visit to Gujjar Morr village for some personal engagement.

However, since his injury was not serious he was allowed to go home after treatment at the local basic health unit, the DHO said.

Residents said that the Pakistani troops had also responded to the Indian shelling.

In a statement, AJK Prime Minister Raja Farooq Haider condemned intentional targeting of civilians by the Indian army, terming it the “height of inhumanity”.

"Hardly any day goes by when there are no civilian casualties along the ceasefire line [LoC] due to the unprovoked ceasefire violations by Indian troops. Words fail to describe the villainy of Indian army being experienced by the Kashmiris not only inside the occupied territory but also across the dividing line,” he said.