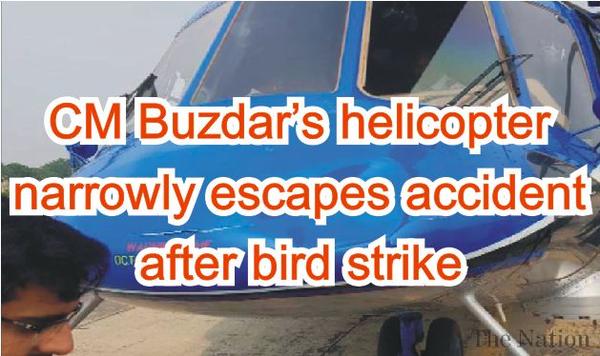 The helicopter of the Punjab Chief Minister Sardar Usman Buzdar narrowly escaped an accident on Tuesday as it was landed safely at Lahore’s Allama Iqbal International Airport. The accident was caused after a bird strike when CM Buzdar was returning to the provincial capital after paying a visit to Hafizabad.The helicopter’s outer surface received damages, however, it was safely landed at Lahore airport.