A sustainable solution for Afghanistan 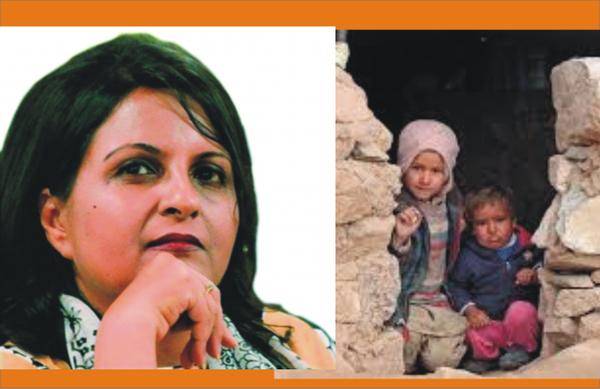 Afghanistan has multidimensional issues. One set of issues stems from internal structural causes. The second set stems from involvement of other countries that too impacts the internal structural issues. The cumulative effect of both is an unstable Afghanistan, insecure lives and ways of livelihoods for her people and no end in sight to the ongoing conflict resulting from September 11, 2001 attacks and subsequent invasion of USA.

Nothing improved. Nothing changed. More nations jumped in to ‘help’ the Afghanistan turmoil, becoming a part of the problem – not a solution. Russia has renewed its interest in Afghanistan – but in a radically different way. Reports state that Russia is financing the Taliban and providing weapons to fight against the USA. Though Russia’s rekindling of interest in Afghanistan may be due to a legitimate concern of growing influence of Islamists groups and USA’s failure under the watch of Obama to crush the militant groups not to forget Putin’s desire for establishing Russia once again as a geo-political player, their support for militant group(s) can only lead to more bloodshed. By supporting Taliban in Afghanistan with USA and NATO forces on a weak wicket, does this new strength work as a negotiating card for Russia in dealing with USA sanctions and Crimea?

China has interest in an Afghanistan owing to rising instability there. China feels increase of instability in Xinjiang by the Uighur ethnic group is a result of not only an unstable Afghanistan but also in Pakistan coupled with a rising IS. China’s policy however has been of sustainable friendship with other nations nurturing economic and business ties. What kind of role does China foresee in an inflammable Afghanistan is debatable. Ahmed Rashidin his column questions, “Does China have the incentive and the stamina for such a difficult role outside its borders—a role that has, in our lifetime, defeated the former Soviet Union and the United States?”(April 2015)

That Iran supports Taliban in Afghanistan is not a secret any more. There are many reasons why Iran feels having her finger in the Afghan Pie is in her interest. With China, Pakistan, India United States, Russia, Saudi Arabia very much involved, Iran does not want to sit on the side-lines on this one especially with rising influence of ISIS influence in the region which in many cases may be exaggerated to serve vested interests. Iran may also be raising her stakes in Afghanistan by investing not only in its infrastructure but very cleverly, also in media owing to future uncertainty in Afghanistan.

India’s interests in Afghanistan have been two-pronged. She has feared Pakistan’s use of Afghanistan as strategic depth against her and wants very desperately to be seen as the main power of the regional beating China to the game. Though India views Pakistan as her arch rival, as does Pakistan, her interest in Afghanistan is rooted in her desire to be able to strategically influence a neighbouring country effectively. India fears a complete withdrawal of American forces resulting in an Afghanistan under Taliban control. The more her involvement increases in Afghanistan, the greater her ability to minimise the role of Pakistan.  To quote one example only; a narrow stretch of Afghan territory separates Tajikistan from Pakistan-administered Kashmir. The importance of this region for India’s security is huge. Tajikistan is in Central Asia, a gas-rich region in which India has developed growing interests. Tajikistan also happens to be extremely anti-Taliban. India, in order to gain strategic depth, focused on the Ayni Air Base, also called as ‘Gissar Air Base’ located 10km west of the capital of Tajikistan-Dushanbe. In the post 1979 era of Soviet invasion of Afghanistan it had served as the key air base for Soviet military air transportation of its troops to Afghanistan. It fell into disuse and neglect later. Between years 2002-2010, India invested approximately $70 million in renovations, installing state-of-the-art air defines navigational facilities. The runway was further extended. This access offers immediate strategic depth in the region to India. The second place of Indian foothold is the Farkhor Air Base; a military air base located near the town of Farkhor in Tajikistan, 130 kilometres south east of the capital Dushanbe. In 1996-97, the Research and Analysis Wing (RAW) started negotiations with Tajikistan to use the Farkhor Airbase to transport high-altitude military supplies to the Afghan Northern Alliance, service their helicopters and gather intelligence. At that time, India operated a military hospital in the Farkhor region. Since Pakistan does not allow India overland access to Afghanistan, India has had to channel its goods to Afghanistan through Farkhor. The IAF airlifts supplies to Ayni, which are then transported to Farkhor and onward to Afghanistan by road. More important, aircrafts taking off from Farkhor could be over the Pakistani skies within minutes.

Saudi Arab has an interesting role in Afghanistan. “A long-time ally of Pakistan, Saudi Arabia has backed Islamabad’s promotion of the Taliban. Over the years, wealthy Saudi sheikhs and rich philanthropists have also stoked the war by privately financing the insurgents. All the while, Saudi Arabia has officially, if coolly, supported the American mission and the Afghan government and even secretly sued for peace in clandestine negotiations on their behalf.” (Carlotta Gall, NYTDec 6, 2016)

Pakistan acquiesce to US request to help create Mujahedeen to combat Russia in Afghanistan changed the face of Afghanistan. A fact confirmed by CIA director and Secretary of Defence Robert Gates in his memoirs in 1970s. He stated in his memoirs, “American intelligence services began to aid the Mujahedeen in Afghanistan 6 months before the Soviet intervention.”This step by Pakistan has indirectly and in some cases directly led to serious issues within Pakistan herself. Today, Pakistan needs peace in Pakistan. She understands peace in Afghanistan will bring peace to Pakistan as well owing to the porous border situation between the two. It is important to have sustainable peace for political stability and economic development. The astronomical number of Afghan refugees too is not only a security issue but a burden on Pakistan’s economy.

It is important to evaluate with so many players running on Afghan soil including warlords from their own country and a corruption riddled state apparatus, what exactly should be the Afghan strategy to bring the country back to a semblance of normalcy.

More and more players involved have led to more issues. Taliban will have to be part of the peace equation. A negotiated withdrawal of US forces leaving a minimum force on ground once political settlement has been attained may be the best solution. However in all these years US have been unable to achieve the goal. Can it achieve it now? Maybe. If all the players, with honesty of purpose move towards the desired goal.