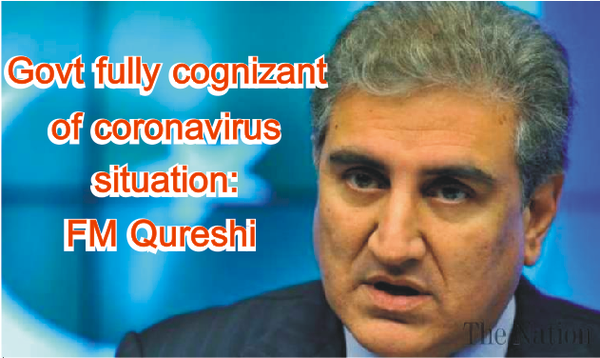 Foreign Minister Shah Mehmood Qureshi says government is fully cognizant of the situation arising out of the spread of corona virus pandemic. In a statement, he said the government has developed a mechanism under which the Centre and Provinces are coordinating and exchanging latest information and updates on the virus. The Foreign Minister said NDMA, in coordination with its provincial offices, would lead this protective campaign to ensure a united and national level response. He said Pakistani Missions and Embassies abroad have been directed to cancel or postpone functions or ceremonies and avoid attending any gathering. He said the government has decided to import ventilators in enough quantity to ensure their availability wherever required.