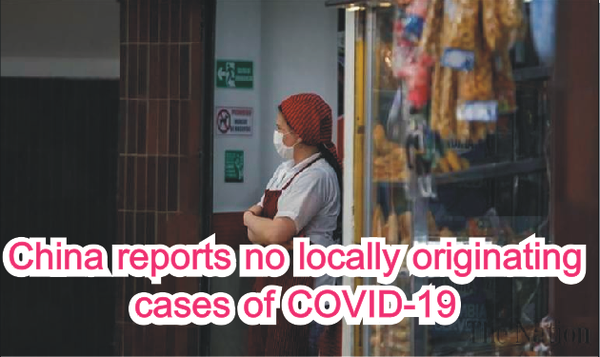 China announced Wednesday that for the first time since the novel coronavirus outbreak started, it found no cases originating from within the country. The National Health Commission said 34 new COVID-19 cases were reported in the country yesterday, but all of them were infected abroad, the state-run Xinhua news agency reported. Commission officials said of the cases found Wednesday, 21 were in Beijing, two in Shanghai, nine in Guangdong province, one in Heilongjiang province and one in Sichuan province.

The overall number of imported cases is now 189, they added. Since first being detected in Wuhan, China in December, the novel coronavirus has claimed more than 7,870 lives globally, according to the World Health Organization (WHO). More than 194,000 cases of the virus have been confirmed in at least 164 countries and territories, with Europe as the new epicenter of the pandemic, according to the WHO. Despite the rising number of cases, most people who get infected suffer mild symptoms and recover.