CAA bans entry of visitors at airports in Pakistan amid coronavirus 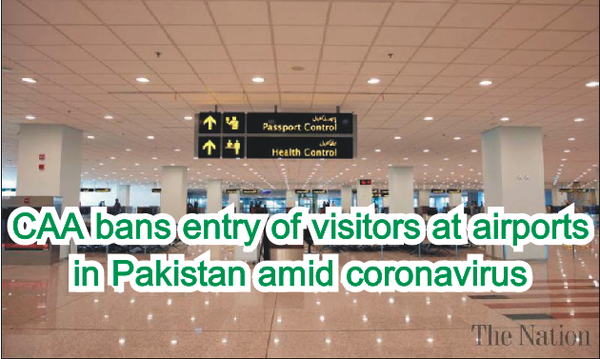 Only driver of the passenger would be allowed to enter the airport premises. ” The drivers would be allowed to park their vehicles in the parking areas of the airports.” The CAA in its statement further said, the decision is aimed at providing secure environment to the passengers and minimize the risk. The CAA has appealed the citizens to avoid unnecessary visits to the airports as it could become a source of virus spread.  Earlier, the Civil Aviation Authority (CAA) started implementing the decisions taken in the National National Security Council (NSC) meeting on Saturday and closed five major airports of the country for international flights.