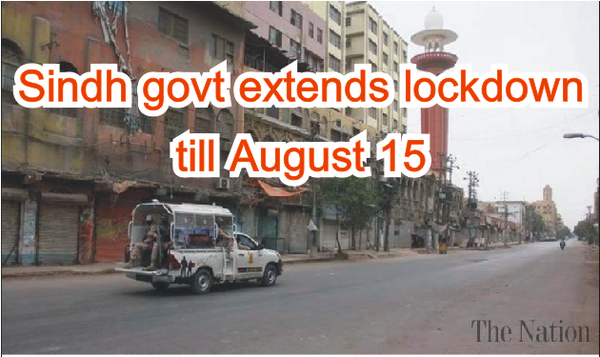 The Sindh government has extended the province-wide COVID-19 lockdown restrictions till August 15, in a bid to stem the infection from spreading.  The announcement was made via a circular by the Sindh Home Department on Thursday in which it was announced that the decision had been kept after holding discussions with the National Command and Operation Centre and when it was decided to extend the lockdown at the last National Coordination Council.  The provincial government used its powers under the Sindh Epidemic Diseases Act. 2014 (The Sindh Act VIII of 2015) to extend the lockdown.  The Sindh government had earlier extended the "smart lockdown" it has imposed in several cities of the province to July 15.