WHO hails Pakistan's effort in fight against COVID-19 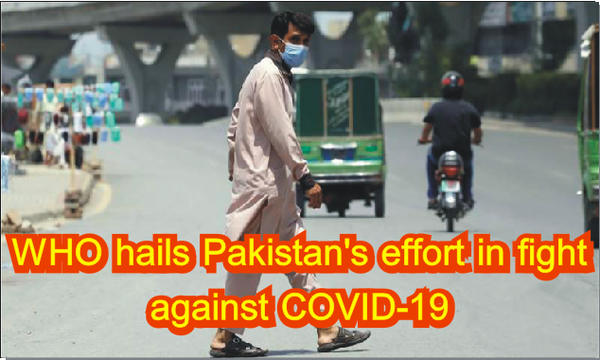 The World Health Organisation (WHO) mentioned Pakistan among a list of countries that the world can emulate in the fight against coronavirus. WHO Director-General Dr Tedros Adhanom Ghebreyesus in a recent press briefing remarked that Pakistan has used the infrastructure it developed in its fight against polio to tackle COVID-19.

The other countries mentioned by the WHO chief are Thailand, Italy, Mongolia, Mauritius, Uruguay. Pakistan has seen a steady decline in the number of positive cases after the country reported its first COVID-19 case in February. Last month, the government also lifted most of the country's remaining coronavirus restrictions after new cases dropped for several weeks.

To date, Pakistan has reported 300,361 cases and continues to record a steady decline in the new infections. The country has also reported 6,370 deaths and over 280,000 have recovered from the virus. Former health minister Dr Zafar Mirza has hailed the remarks by the WHO chief and said it is a “great honour” for the people of Pakistan. Mirza had supervised Pakistan’s COVID-19 response before resigning from the post in July.