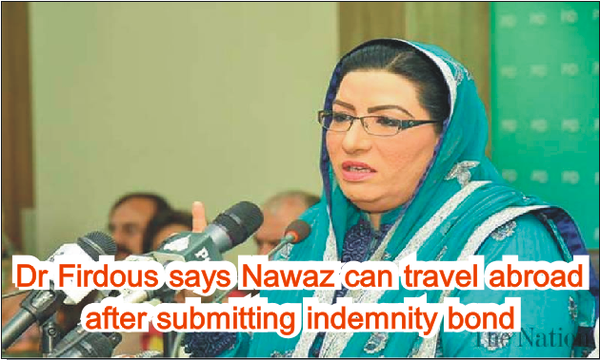 Federal Law Minister Farogh Naseem interior ministry had received a request from PML-N president Shehbaz Sharif for the removal of Nawaz’s name from ECL along with the detailed medical report from Sharif Medical City hospital. The minister said that three meetings were held on November 12 and the sub-committee had informed the cabinet that Nawaz Sharif’s medical condition is very serious. Besides the blood platelets issue, Nawaz suffers from numerous cardiac problems and has undergone six heart procedures in which seven stents were inserted, he added.