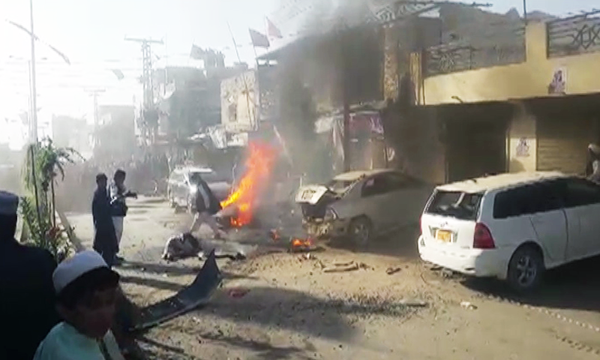 At least two people have been killed and nine others injured in an explosion that rocked the Chaman area of Balochistan's Qilla Abdullah District, which is located near the country's border with Afghanistan, police officials said.

The blast, which occurred on Taj Road in Chaman, shattered windows in nearby buildings.

According to police officials, the bomb was an improvised explosive device (IED) which was planted in a motorcycle parked on the roadside.

The explosion has left Maulana Hanif, a central leader of the JUI-F, critically injured. Police say he was the target of the attack.

The injured have been shifted to Civil Hospital Chaman, where an emergency has been declared.

Chaman is considered a sensitive town in Balochistan as it shares a border with Afghanistan's volatile Kandahar province.