Final trailer of Joker is out 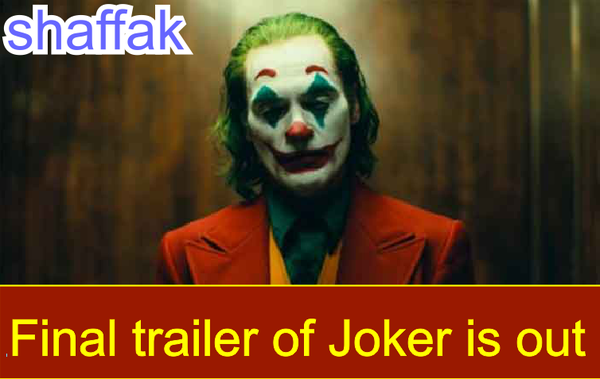 DC's 'Joker' has taken the internet by storm with its final  trailer which released on Wednesday.

The origin movie of    DC's menacing villain got the fans excited with its trailer which showcases how  Joaquin Phoenix's character  turns into a  creepy villain from a clown-cum stand up comedian.

Joker instantly became Twitter trend in several countries. Fans are looking forward to watching the film on the big screen when it releases in October.