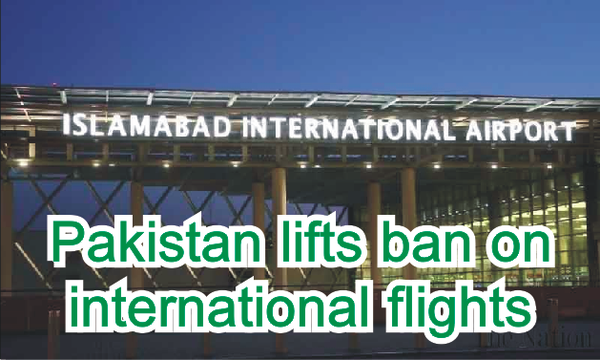 Pakistan's Government has announced to resume international flight operations from Friday night. The development came a week after Islamabad lifted its ban on domestic flights. The COVID-19 safety guidelines have already been issued for outbound international flights. "As per decision of the Federal Government, the outbound international flights (scheduled, non scheduled and charter flights) operation has been allowed with effect from 2359 hours tonight," said a statement from Civil Aviation Authority on Friday. Both national and foreign airlines will be allowed to operate from all international airports of Pakistan except for Gwadar and Turbat airports, it added. Disinfection of aircraft will be ensured and crowds at airports will not be allowed, the statement concluded.