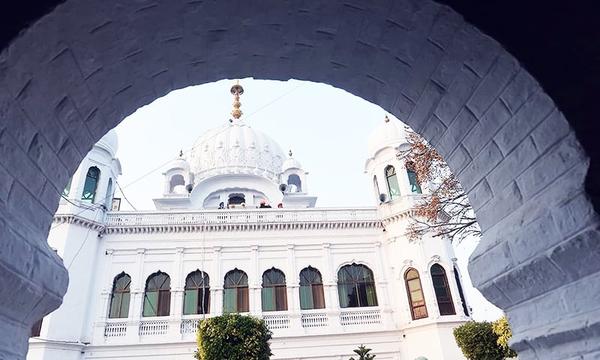 The Foreign Office (FO) on Monday completely rejected baseless reports which appeared in a section of the Indian media and were attributed to “intelligence sources”, saying they ought to be treated with the contempt they deserve.

The reports in question had insinuated the presence of alleged militant training camps in Narowal near the Gurdwara Kartarpur Sahib.

"Pakistan’s Kartarpur spirit is aimed at facilitating Nanak Naamlevas, especially Sikhs, to visit one of their most revered places of worship and promoting inter-faith harmony," a press release from the FO said.

"The content of the media reports in question is part of a malicious propaganda campaign in India that cannot be condemned enough."

According to the FO statement, unfounded allegations about Gurdwara Kartarpur Sahib being used for any purpose other than worship are a deliberate attempt to misrepresent Pakistan’s goodwill gesture, undermine the corridor initiative, and hurt the religious sentiments of Sikhs all over the world.

"We have no doubt that such mischievous attempts will be rejected with the contempt that they deserve."

Prime Minister Khan will inaugurate the Kartarpur corridor on Nov 9, for which former Indian cricket star and lawmaker Navjot Singh Sidhu has also been invited.

Darbar Sahib Kartarpur is located 4.5km from the international border in Narowal district and is one of the holiest places for Sikhs. It is where Baba Guru Nanak Dev Ji settled and preached for the last 18 years of his life and is his last resting place.

Following threadbare negotiations, Pakistan and India signed an agreement last month, paving the way for the inauguration of the Kartarpur corridor this month.

The four-kilometre-long corridor would provide Sikh pilgrims visa-free travel between Darbar Sahib in Kartarpur and the Dera Baba Nanak shrine in Gurdaspur district, India. Up to 5,000 Indian Sikhs would be allowed access daily, with plans to double the capacity.

According to reports, India has shared with Pakistan a list of 575 people who will be part of the first Sikh delegation to visit Gurdwara Darbar Sahib after passing through the newly constructed corridor.

Seventy-six immigration counters have been prepared to cater to some 5,000 Sikh pilgrims from India. The border terminal has been built 350 metres from the zero-point and the pilgrims will be transported aboard buses to the Gurd­wara where they will be given airport-style facilities, according to a media report.