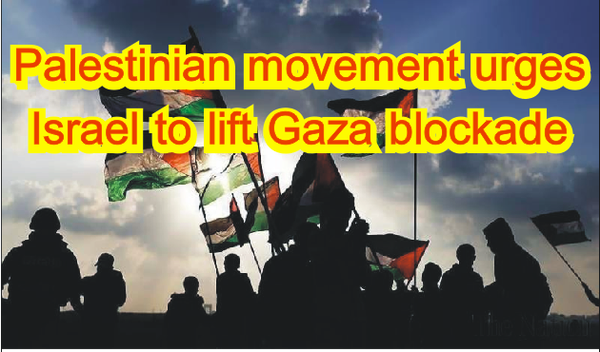 The secretary general of the Islamic Jihad resistance movement urged Israel on Sunday to lift its blockade of the Gaza Strip as the novel coronavirus poses a threat to all Palestinians. In a statement, Ziad Nakhla said the Israeli authorities had to choose between ending the blockade and releasing Palestinian prisoners or facing the consequences of the coronavirus outbreak.

Nakhla warned the Israeli administration and said the movement would protect Palestinians should they face any trouble emanating from the blockade. He noted that Palestinians should adopt a firmer stance against Israel, whose blockade makes daily life difficult. Since 2006, Israel has imposed a blockade on the Gaza Strip, where nearly two million Palestinians live, and many sectors have been adversely affected, including the economy, health and education.

Twelve people in the Gaza Strip have been diagnosed with the coronavirus so far. After first appearing in Wuhan, China in December, the virus, officially known as COVID-19, has spread to at least 183 countries and regions, according to data compiled by US-based Johns Hopkins University. The data shows over 1.2 million cases have been reported worldwide, with the death toll exceeding 69,000 and over 259,000 recoveries.