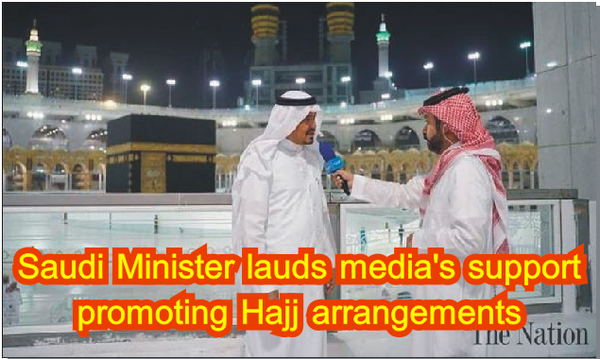 Dr. Majid bin Abdullah Al Qasabi, Acting Saudi Minister for Media lauded the support being extended by print and electronic world over for coverage of Haj's arrangements this year. In a message through his twitter account, he said media's Operation room and virtual press office have been set up to facilitate the media for Haj's coverage.

About the Haj sites, Al Qasabi said the Kings of Royal family of Saudi Arabia are committed themselves to the development of the Holy sites. "God bless our leadership, our nation and our heritage," he added. Meanwhile, Sheikh Abdul Rahman Al-Sudais, the General Presidency Haramain completed its final preparations to translate the Day of Arafah in 10 different languages and broadcast it via various electronic platforms with a capacity of reaching millions worldwide.