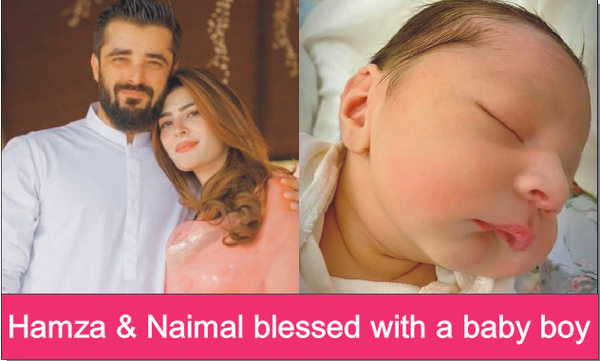 Islamabad-Celebrity couple Hamza and Naimal announced the birth of their first baby, through social networking websites. Hamza in his tweet revealed that the name of his baby boy is Muhammad Mustafa Abbasi. And from Naimal Khawar Khan’s Instagram, we got to know the Muhammad Mustafa Abbasi was born on 30th of July. Both Hamza and Naimal makes an adorable couple together. Naimal Khawar is extremely gorgeous, on the other hand Hamza Ali Abbasi is equally dashing and handsome. People have been waiting for the picture of the Hamza and Naimal’s baby ever since the news is announced. Hamza Ali Abbasi just uploaded the first picture of his cute baby on his Instagram and we can’t stop loving over it.