Five Years Ago Saturday, a Turning Point for Hong Kong and China 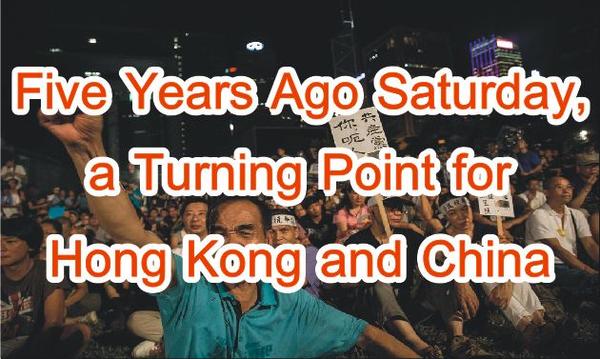 HONG KONG —In many places around the world, a single date marks seismic events considered turning points in recent history, like the Sept. 11 attacks in the United States or the Nov. 9 fall of the Berlin Wall for Europe. For post-colonial Hong Kong, the turning point fell on Aug. 31, 2014.

That was when a top Chinese government body announced a plan for limited democracy.  in Hong Kong. Beijing’s decision fell considerably short of what democracy protesters were demanding that summer, and it set off a two-month occupation of several Hong Kong neighborhoods that came to be known as the Umbrella Movement.

The Hong Kong authorities have declined to grant the protesters a permit, raising the possibility of a repeat of recent clashes should the demonstration be held. The authorities rejected an appeal on friday , and march organizers called off the demonstration after failing to win approval, although people are likely to protest in other ways. 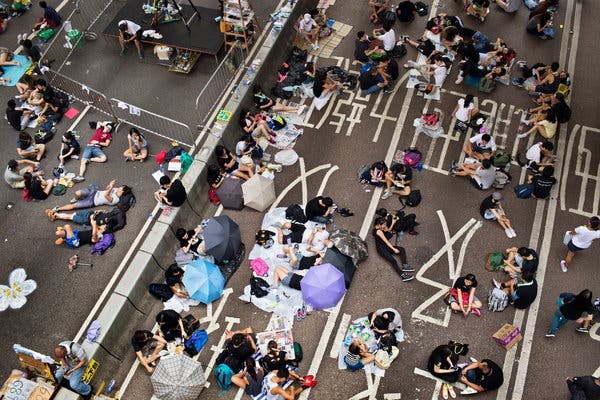 Democracy protesters in Hong Kong in October 2014 during the occupation that came to be known as the Umbrella Movement.CreditAdam Ferguson for The New York Times

What was the decision?

The Standing Committee of China’s rubber-stamp legislature, the National People’s Congress, approved a law five years ago on Saturday that would have allowed all adults who are permanent residents of Hong Kong to vote on who would be the next chief executive of the semiautonomous Chinese territory. But it came with a catch: Beijing would have tight control over who could run.

A 1,200-member electoral committee stacked with Beijing loyalists currently chooses the chief executive. The Aug. 31 decision would let that committee only choose the candidates, and then let the general public vote on those candidates. But opponents felt that meant Beijing would still be choosing their leader. And Beijing did indeed say that whoever won the vote of the general public would still have to be appointed to the job of chief executive by China’s national government.

The Standing Committee’s pronouncement did not become Hong Kong law because pro-democracy lawmakers in the Hong Kong legislature blocked approval of it in 2015. So the same 1,200-member election committee continues to choose the chief executive, with the system favoring pro-Beijing candidates. The committee selected Carrie Lam, the incumbent, in 2017, and she won with 777 votes of the 1,163 votes actually cast. 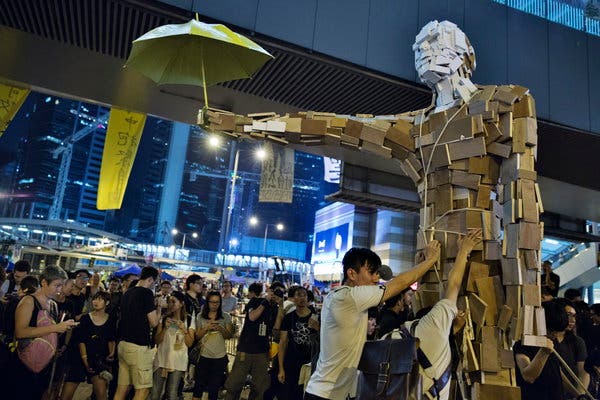 Protesters in Hong Kong installed an “Umbrella Man” sculpture during a demonstration in October 2014.CreditAdam Ferguson for The New York Times

Why are the protesters upset about it?

Most democracy advocates in Hong Kong have long rejected the decision as worse than nothing at all. “The decision of Aug. 31 is totally unacceptable to the Hong Kong people,” said Bonnie Leung, the vice convener of one of the main protest groups, the Civil Human Rights Front, which had been organizing the Saturday demonstration. “The chief executive would have millions of votes, not a handful, but they would still be handpicked by Beijing.”

Mrs. Lam, now the chief executive of Hong Kong and previously the territory’s top civil servant, tried to find a compromise during the Umbrella Movement. Her compromise would have changed the composition of the nomination committee, notably by reducing the large number of seats reserved for farmers and fishermen. Farming and fishing now represent a tiny share of Hong Kong’s population and economy these days, but these are staunchly pro-Beijing sectors.

But Mrs. Lam’s compromise still would have left the nomination committee in charge of who could appear on the ballot. Democracy advocates rejected her suggestions. 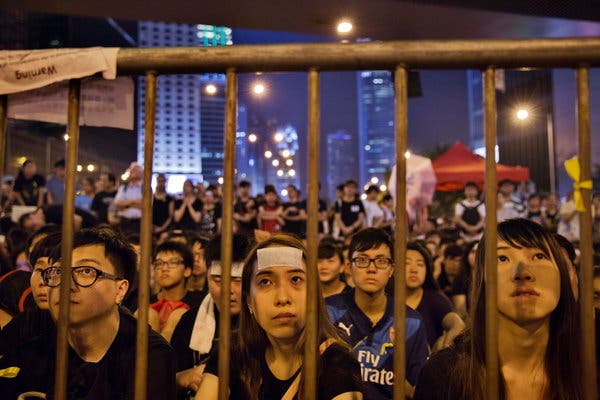 A scene in October 2014 from the Umbrella Movement protest. Most democracy advocates in Hong Kong have long rejected the 2014 Beijing decision as worse than nothing at all.CreditAdam Ferguson for The New York Times

Who likes the Aug. 31 decision?

A few centrists in Hong Kong and Western political scientists have suggested that adoption of the Aug. 31 decision five years ago might have helped the democratic cause and might still be a good option for the territory. They argue that even if two or three Beijing allies appeared on a ballot for a vote by all of the people of Hong Kong, those candidates would become less pro-Beijing during the campaign. They might compete with each other in promising more democracy, so as to win the most votes from the general public.

“If they want to win a popular election, they would have to adopt policies closer to the political center,” said David Zweig, a longtime political scientist at the Hong Kong University of Science and Technology.

The Aug. 31 decision gives Beijing final say on who becomes chief executive. After the general election, Beijing would decide whether to appoint the winner of the general election to become chief executive. If a candidate became too critical of Beijing during an election campaign, or promised too much, that candidate might not be appointed, said Lau Siu-kai, vice chairman of the Chinese Association of Hong Kong and Macau Studies, an elite, semiofficial advisory body set up by Beijing. 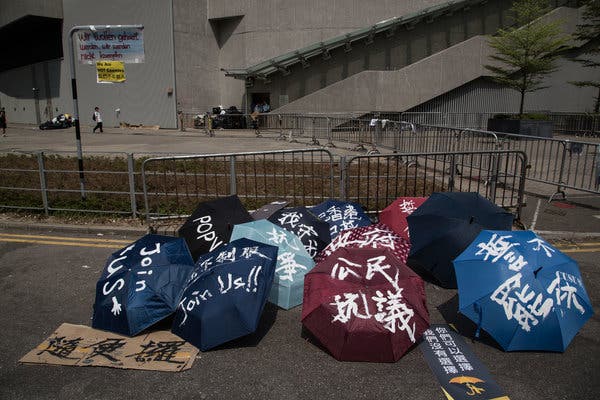 Protesters’ umbrellas outside the government complex in September 2014. Hong Kong has changed since then, with protesters now more willing to resort to violence.CreditLam Yik Fei for The New York Times

Does Beijing still back the decision?

The decision five years ago was a compromise in Beijing between moderates willing to tolerate some democracy in Hong Kong and hard-liners less willing to allow it. The compromise was aimed at going far enough in meeting Hong Kong democracy demands to head off a threatened occupation of the streets that autumn — a goal the compromise completely failed to achieve.

Hong Kong has changed since then, with protesters more willing to resort to violence. But Beijing has also changed since then. President Xi Jinping had been in office for less than two years at the time of the Standing Committee’s decision, and was still consolidating power. In the years since, he has repealed a constitutional limit of two terms as president, allowing him to remain in office indefinitely. He has replaced almost all top military and security officials with people loyal to him. Human rights lawyers have been sentenced to long jail terms and much stricter controls have been placed on internet use in mainland China.

Democracy advocates still hope Beijing will make them a better offer. “I hope Beijing will understand if you make a concession, it is not a sign of weakness but a sign of a great power,” said Emily Lau, a pro-democracy lawmaker. Some Beijing hard-liners on Hong Kong policy, however, have begun to question whether any concession to democracy advocates, like allowing general elections with Beijing controlling who is a candidate, is even needed anymore.