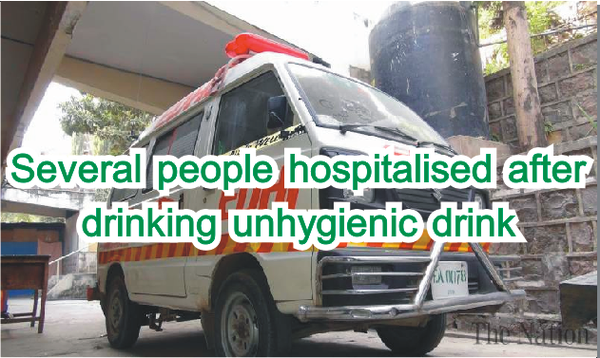 Several people were hospitalised after taking unhygienic drink in Karachi’s area of Gari Khata, on Saturday. According to details, condition of 43 persons, including majority of children, deteriorated after drinking unhygienic drinks from a milk shop. Rescue teams shifted the affected persons to nearby hospital where condition of  the patients are said to be out of danger.

According to police owner of the milk shop managed to escape while four workers from the shop were taken into custody. Earlier on October 24, last year, at least 45 school students in Hyderabad were hospitalized on suspicion of food poisoning.

As per details, the students, who were staying at the hostel of a school near Hala Naka, Hyderabad, fell sick after eating breakfast and were rushed to the Civil Hospital Hyderabad suffering from nausea and vomiting. Medical Administrator of Civil hospital Hyderabad, while talking to media had said that all the children were aged between 3 to 12, are safe and out of danger.