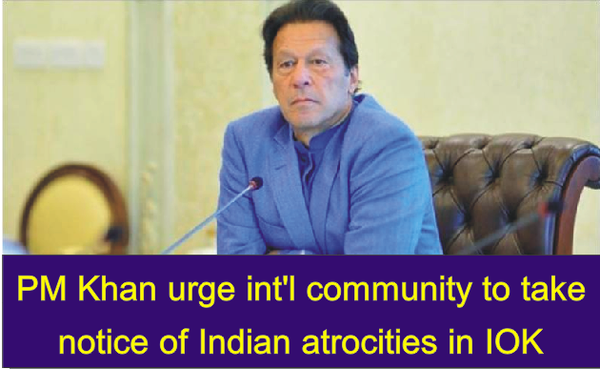 "Today on International Day in Support of Victims of Torture, I call on the international community to hold India accountable for its human rights abuses in IOJK where women, men & children have faced pellet guns, sexual assault, electrocution, & physical & mental torture," he tweeted.

He went on to state that remaining silent in the face of such blatant human rights violations is against international human rights and humanitarian laws and "must be unacceptable".  "These atrocities by Indian Occupation forces on orders of the Hindutva Supremacist Occupation Modi govt are well documented by UN, HR orgs & intl media. A continuing silence in the face of such blatant abuse is against int human rights & humanitarian laws & must be unacceptable," he tweeted.