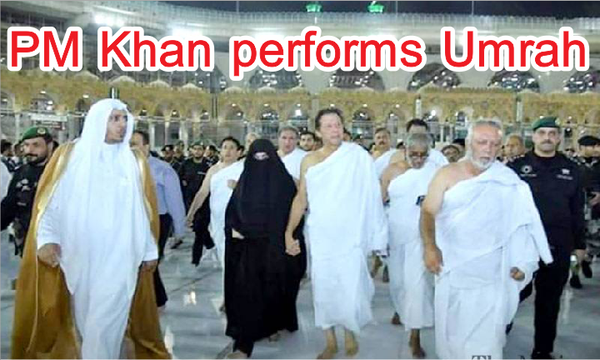 Prime Minister Imran Khan, who is on a two-day official visit to Saudi Arabia, performed Umrah in Makkah-ul-Mukarramah early Friday. The prime minister's wife Bushra Bibi accompanied him during the holy rituals. The prime minister also had a rare opportunity to enter the Holy Kaa’ba as the doors were specially opened for him. During Umrah, the prime minister prayed for the prosperity and stability of the country.

Later, the prime minister also held talks with Saudi King Salman bin Abdulaziz and Crown Prince Mohammed bin Salman (MbS) and assured them that Pakistan fully supported the Kingdom with all its capacities in confronting sabotage acts. In his meeting with MbS, the PM highlighted the Indian atrocities in Indian occupied Kashmir following the revocation of the special status of the territory by the Modi-led Indian government.