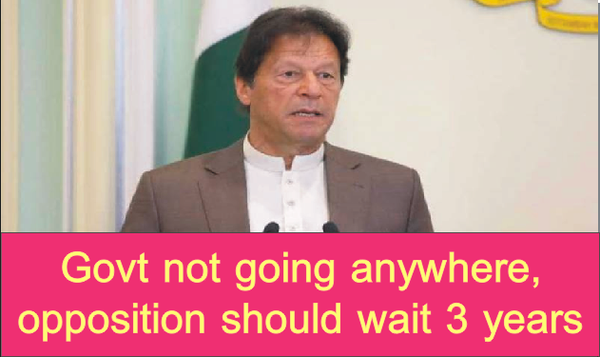 Prime Minister (PM) Imran Khan has said government is not going anywhere and will complete its term. “Government is not going anywhere. Opposition should wait for three years more. No conspiracy from opposition will be allowed to succeed; he said this while talking to speaker National Assembly (NA) and members of NA here in Parliament House Tuesday.