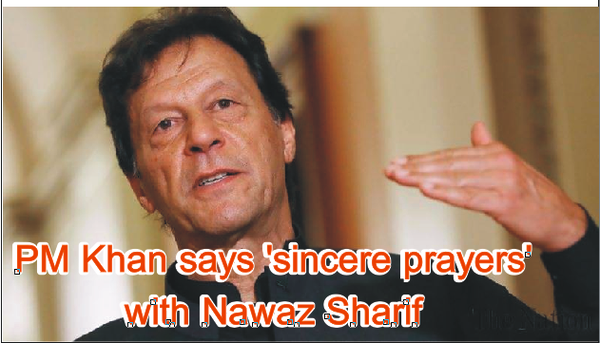 Prime Minister Imran Khan sent his hopes and prayers for the ailing health of Nawaz Sharif over social media networking platform Twitter.  This is the message he tweeted: "Political differences notwithstanding, my sincere prayers are with Nawaz Sharif for his health. I have directed all concerned to ensure provision of the best possible health care and medical treatment to him."

After his platelet count dropped to a critically low level, the former premier and the leader of the Pakistan Muslim League-Nawaz was shifted to the Services Hospital. Sharif’s platelet count dropped from 29,000 to 7,000 on Wednesday. Sharif’s condition is closely being monitored and in order to assist the medical board, one doctor from Karachi and another from Islamabad has been called.