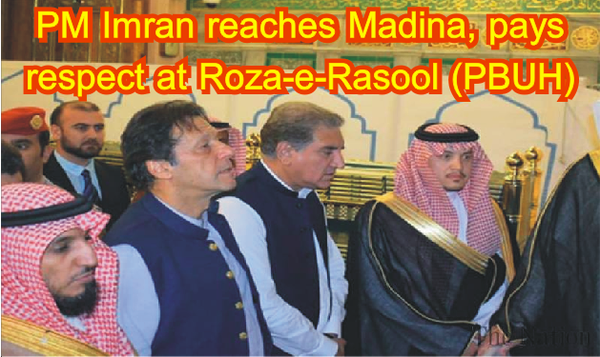 Prime Minister Imran Khan along with his delegation reached Madina from Riyadh on Tuesday night to pay respect at the Roza-e-Rasool (S.A.W).  Prime Minister Imran Khan was received at the airport by the Governor of Medina, Faisal bin Salman bin Abdulaziz Al Saud. PM Imran along with his delegation went to Masjid-Nabvi (peace be upon him) to offer respects at the Roza-e-Rasool (S.A.W) and also offered nawafil.