In change of plan, JUI-F to now march to Islamabad on October 31 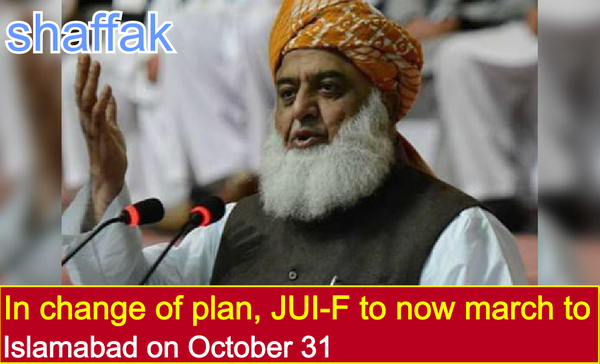 Jamiat Ulema-i-Islam-Fazl (JUI-F) chief Fazulr Rehman on Wednesday announced that his party's anti-government 'Azaadi March' to the capital will begin on October 31, instead of the previously announced date of October 27.

Speaking to reporters, he said the party would now join Kashmiris in observing October 27 as a black day across the country in protest against the Indian occupation of Jammu and Kashmir.