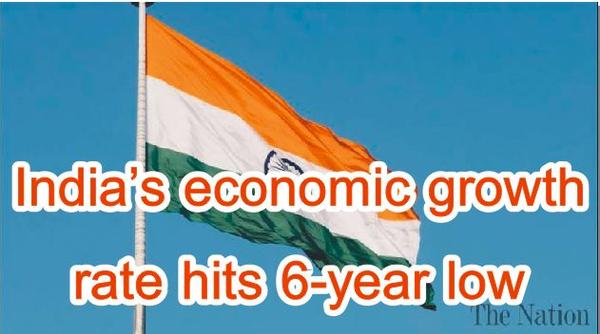 India's economic growth rate slowed to a six-year low of 5% in the April-June 2019, a drop of 0.8% compared to the last quarter that ended in March, according to government data released on Friday. According to the National Statistical Office (NSO), the financial year 2018-19 ended with an overall Gross Domestic Product (GDP) growth rate of 6.8%, which was marginally lower compared to the year before.

“The gross value added (GVA) growth in the manufacturing sector tumbled to 0.6 per cent in the first quarter of this fiscal from 12.1 per cent expansion a year ago,” according to Press Trust of India (PIT) news agency.

Earlier on Friday, the government also announced four mega merger of state-run banks. In a news conference, Finance Minister Nirmala Sitharaman said the government "wants a strong financial system" and the banking reforms will clear the path to make the country a $5-trillion economy.