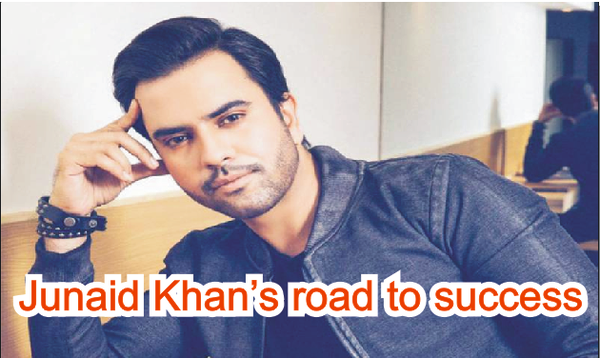 LAHORE-Already known for being the powerhouse front man of the Pakistani rock band “Call”, Junaid Khan has been creating exceptional music with his band and captivating people with his soulful voice and invigorating music. Though, that is not the only place where Junaid Khan is a master of his craft. The highly rated television actor has the ingenuity of shifting into any character without a hitch, as can be seen by his nefarious role in “Hania” that earned him numerous praises.

Dabbling in all these different areas with ease and perfection, Junaid Khan has been having another great year in entertainment. He started the year with the drama “KamZarf” that ended up gaining all the attention it deserved and went on to get critical acclaim from the audiences and critics alike. Junaid Khan’s acting and his remarkably wonderful performance was worth talking about. He wore the cloak of his role as a protagonist and he owned it. He didn’t only nail his role but took it to the next level, standing out in an ensemble cast. His character, Azhar, essays a brother who sticks with his family through thick and thin and Junaid Khan did justice to it.

His recently concluded drama “Yaariyan” is his second on-screen appearance with Momal Sheikh and Muneeb Butt. With Yaariyan, Junaid Khan has once again left us with our jaws open because of his acting expertise. His powerful role was done justice to with Junaid’s facial expressions and perfect dialogue delivery. He took over the role of Ahmer with such ease and made the audience fall in love with him. With these massive roles, Junaid Khan is climbing the stairs to success with every passing moment. His popularity has taken a complete boost during this year because of his compelling roles in lead dramas on the rating charts and our TV screens.

His career in the industry is on an all-time high with the news of his debut on the big screen with the feature film “KahayDilJidhar” in a leading role. Talking about this new venture, the star said, “I have been offered a lot of films since my cameo appearance in Bin Roye in 2014, but to be honest I was waiting for the right team and a good script, to work with. So finally took the leap of faith and decided to cross over to the big screen.” Apart from that, Khan’s recent project “Mohabbat Na Kariyo” is all set to go on air on Geo TV from 11th October. The trailers look promising and the drama looks like it is set out to be another success for the talented actor. The year might be coming to an end, but with Junaid Khan’s new projects coming up, it doesn’t look like it is the end of this year’s success story for him. It looks like he is only meant to go higher and higher from here onwards.