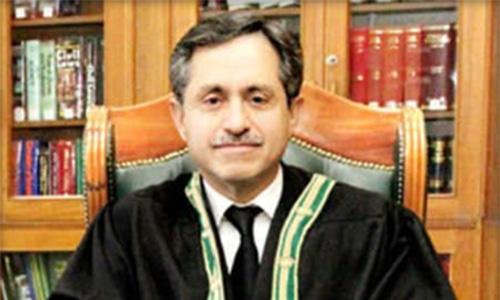 Justice Mandokhail, who is the senior puisne judge, will assume charge as BHC chief justice on October 5. He will replace incumbent BHC Chief Justice Tahira Safdar — the first female chief justice of any high court in Pakistan — who was sworn in last year and will complete her term on October 4.

Justice Mandokhail was born in Quetta on November 12, 1961, and is the son of a businessman. He received his early education from Federal Government High School, Quetta Cantonment. He did his Masters in Political Science and Economics from the University of Balochistan.

Another notification issued by the Law Ministry on Thursday announced that the president had also approved hte appointment of Justice Fida Muhammad Khan as the aalim judge of the Federal Shariat Court for one year from the date he swears his oath on. It was not mentioned when he would start his term.