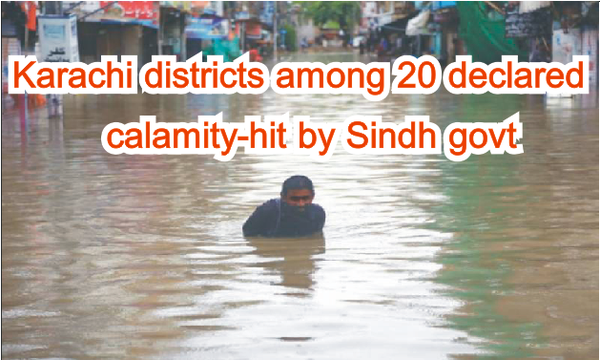 Amidst record breaking rainfall and deteriorating situation in Sindh, the provincial government has officially declared 20 districts as calamity affected. The current spell of monsoon rains have wreaked havoc all across Sindh, with Karachi being particularly affected after recorded rainfall broke a 90-year old record. Some areas of the city are still inundated leading to immense problems for the populace. According to details, Pakistan People’s Party (PPP) Senator and Sindh government spokesman Murtaza Wahab announced this in a tweet on Saturday.