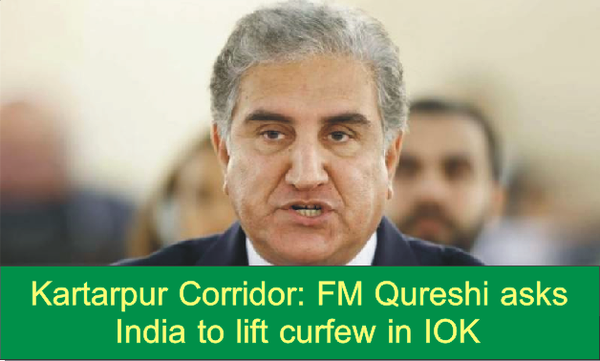 The Government of Pakistan has fulfilled a long-awaited demand of the Sikh community and Prime Minister Imran Khan is going to inaugurate today the extended Gurdwara Darbar Sahib and the Kartarpur Corridor. Gurdwara Darbar Sahib, situated in Kartarpur, is the second holiest place for the Sikh community. This is 120 km away from Lahore and situated in a small village of Kotheypind at the bank of River Ravi — at a distance of only 4 km from Pakistan-India border.This village is included in Shakargarh tehsil of Narowal district and the beautiful white Gurdwara looks elegantly placed between the grasslands.

It has been said in the agreement reached between Pakistan and India that daily five thousand Sikh yatris (pilgrims) will be allowed to visit the Gurdwara through the Corridor. Addressing the inauguration ceremony Foreign Minister Shah Mehmood Qureshi said today was a historic moment. “Imran Khan has created history with Kartarpur Corridor,” Qureshi said. “Kartarpur has been opened for Sikhs from all over world,” he added.