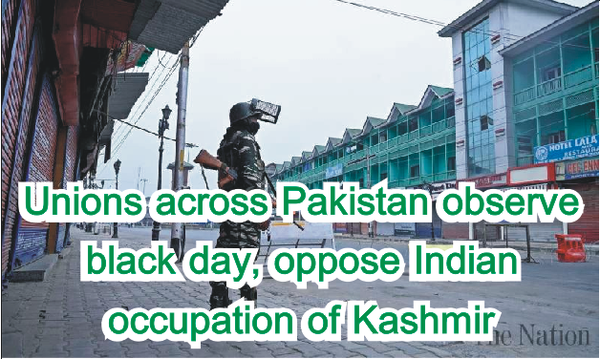 The Pakistan Workers Federation (PWF) announced on Tuesday that it will observe the Kashmir Day as black day in order to condemn oppression being committed at hands of the Indian forces in the occupied region for the past several decades. The leaders of the Joint Action committee Nawaz Chadhar and Saleem Chishti took the decision in the body meeting.