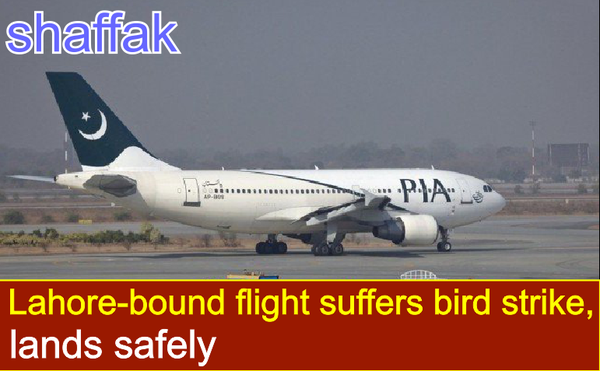 A Lahore-bound flight of Pakistan International Airlines (PIA) from London suffered a bird strike on Monday causing damage to the aircraft. According to PIA officials, a bird hit flight PK-758 and damaged engine number one, however, the pilot successfully landed the aircraft.

Express reported that the Boeing 777 aircraft has been grounded for inspection and maintenance and its next flight would be delayed by four to six hours. In 2016, the Pakistan Civil Aviation Authority (CAA) launched an awareness campaign against bird aircraft strike hazard. The campaign aimed at keeping the surrounding areas of airports clean from garbage.

Prior to Eidul Azha, Pakistan Air Force had appealed to the nation to not throw offal and waste of dead animals near airports as it would attract birds which may incapacitate flight operations besides causing any grave mishap.