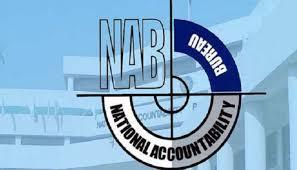 ISLAMABAD:  The Federal Ministry of Law and Justice has prepared a draft bill for amendment to the National Accountability Bureau (NAB) law.

According to the draft, the anti-graft watchdog would now be able to probe into corruption and scandal amounting to over Rs500 million, while suspects availing plea bargain or voluntarily reimbursing embezzled funds would be ineligible to hold public office for 10 years.

The draft also proposes empowering accountability courts to issue verdicts on bail petitions. The courts would be able to grant pre- and post-arrest bail applications. The NAB law would not be applicable on a private person if he/she was not related to a public office holder.

It stated, “NAB would not take action against civil servants in matters regarding departmental fraud unless evidence is found that they have taken undue advantage of the internal loopholes in their department.”

The draft further stated that the approval for voluntary return of the looted national wealth would be made by the committee constituted by the prime minister. “If NAB investigations against a civil servant are not complete within 90 days, the officer would be eligible to apply for a bail.”

It stated that NAB would not be permitted to reopen a case following completion of its investigation.

A civil servant arrested by NAB would undergo a maximum remand of 45 days against the previous limit of 90 days, the draft added.

However, NAB would be able to file a reference regarding abuse of power against civil servants whose assets show an unusual increase.