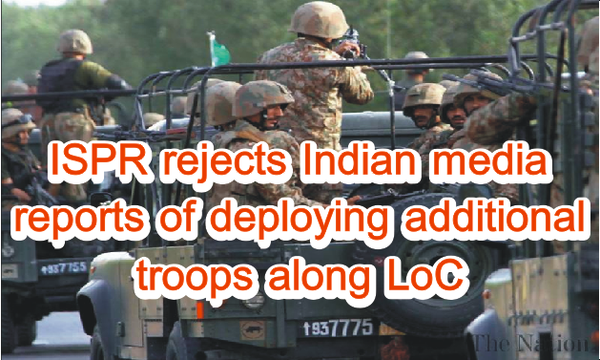 Pakistan rejected Indian electronic and social media reports of additional deployment of troops along the Line of Control (LoC) in Gilgit-Baltistan and the alleged use of Skardu airbase by China, terming them 'irresponsible' and "far from truth".

In a statement, the DG ISPR said that no such movement or deployment of additional forces has taken place and that Pakistan "vehemently deny presence of Chinese troops in Pakistan".

Indian media reports have claimed, without evidence, that Pakistan Army has started deploying thousands of troops near the LoC at Gilgit-Baltistan, as tensions between India and China simmer over the Ladakh border clash.

Indian news outlets have also claimed that a Chinese refueller aircraft was spotted at Pakistan's Skardu airbase, which the DG ISPR has also denied.