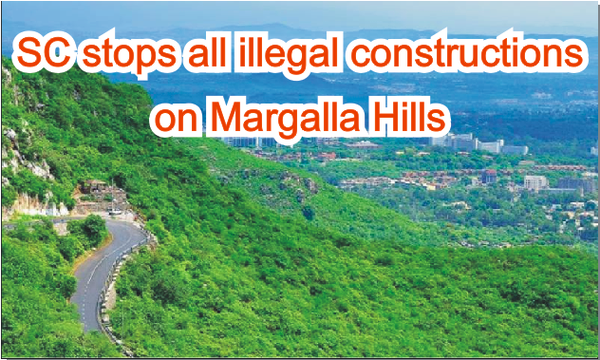 ISLAMABAD - The Supreme Court of Pakistan on Tuesday directed authorities to stop all illegal constructions on Margalla Hills. The court also stayed the expansion of all restaurants, including the Monal Restaurant. The court also directed all property owners in Margalla Hills to appear before it in the next hearing. A five-member larger bench of the apex court headed by Chief Justice Gulzar Ahmed heard the case regarding stone crushing and tree cutting at Margalla Hills National Park area. During the course of proceedings, the Chairman CDA, the Chief Officer MCI and other federal administrations appeared in court.

The bench said that the restaurant should be stopped from doing so and it should plant the trees it has cut. The orders are applicable to the government of Punjab and Khyber Pakhtunkhwa too as a portion of the hills falls within their jurisdiction too. Margalla Hills National Park is a public property and any commercial activity was banned on its land. The court will resume hearing the case after Eid.