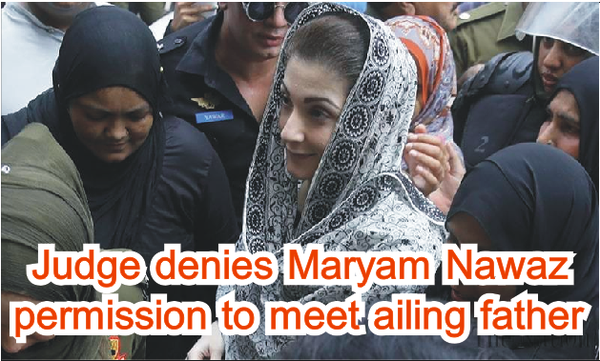 According to a video circulating on social media, Maryam Nawaz says that she is being denied permission to meet her ailing father Nawaz Sharif. Authorities moved the former prime minister Sharif to a hospital after his health deteriorated on Monday night. Maryam Nawaz , who is still on judicial remand, states that although she asked permission from the accountability court judge to visit her father at Services Hospital, the judge denied her request. Nawaz communicated this while talking to media personnel at the court.

Since then, the court has extended her judicial remand till October 25 in the Chaudhry Sugar Mills case. Nawaz is accused of receiving Rs160 million through telegraphic transfers from a woman, Siddiqa Saeed, in 1998, according to the National Accountability Bureau. Nawaz then allegedly transferred the amount to the Chaudhry Sugar Mills.  She has been in judicial remand since August 8.