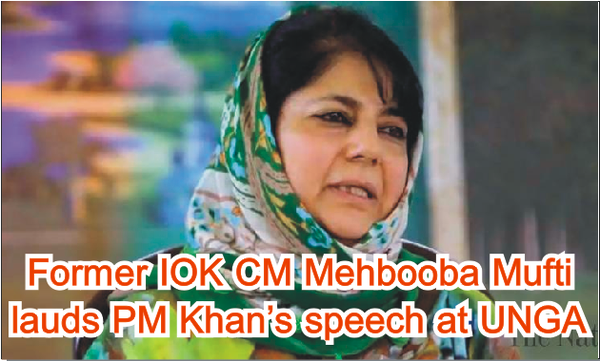 Former Chief Minister Indian Occupied Jammu and Kashmir, Mehbooba Mufti has appreciated Prime Minister Imran Khan's historical speech at the UN General Assembly. In her series of tweet, she said who would have thought that one fine day, a Pakistani would warn the world about dangers of a fascist organization like the RSS. Mehbooba Mufti said let us stand with Kashmir and added that this inhuman siege imposed to cage and repress Kashmiris must end.