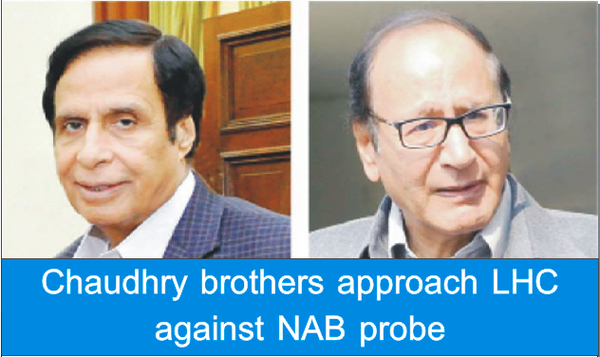 LAHORE - Pakistan Muslim League-Q President Chaudhry Shujaat Hussain and Punjab Assembly Speaker Chaudhry Parvez Elahi have approached the Lahore High Court (LHC) against the National Accountability Bureau (NAB) investigations against them. Chaudhry brothers through different petitions submitted that the Bureau had launched investigations against them on the charges of misuse of authority, willful default, and assets beyond means in 2000 and failed to find an iota of evidence against them during the past 19 years.