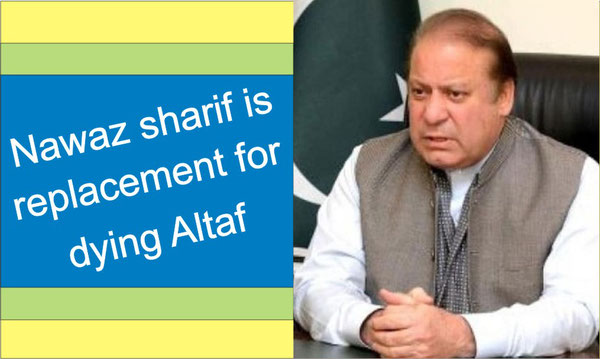 Why Nawaz Sharif has full support of British Legal System - to stay in London as long as he wants? Nawaz is being protected by London Metropolitan Police, the Home Office and the British legal system. Nawaz is a HVA (high value asset) to Britain—

1) He is the most ‘competent’ political party head who can ensure Brits, Americans and Indians that he would NEVER let Pakistan prosper, will share all state secrets with enemies of the state, will maximise corruption to keep nation poor, and will always be ready to pick up fight with country’s security forces.

2) Nawaz & family have properties in UK, US, EU, UAE and KSA—worth $3 billion. All are managed by their offices in London.

3) Nawaz and family have multiple businesses in above countries—controlled and managed from London.

5) Nawaz is being looked after by British Home Secretary—Priti Patel, who is under direct influence of Narendra Modi and Amit Shah.

7) Nawaz is spending £10,000 per day on his (phoney) medical treatment at a private hospital—they will NEVER give him a health certificate to travel back to Pakistan, he is their

. In my recondite knowledge—Nawaz has *already applied for a political asylum*—and Home Secretary will most certainly grant him.

*Hence, please do NOT waste state funds on high-maintenance lawyers like Babar Awan ,Ahmar Bilal Sufi, Ali Zafar and Farogh Naseem etc—they can NEVER get Nawaz back. Nawaz will return to Pakistan, only POSTHUMOUSLY.

The Brits wanted a replacement for dying Altaf Hussain