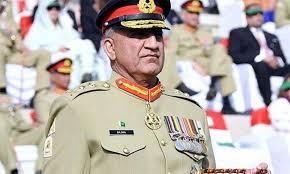 Prime Minister Imran Khan has approved an extension in the tenure of Army Chief Gen Qamar Javed Bajwa for another three years, a statement issued by the premier's office said on Monday. The announcement comes nearly three months before Gen Bajwa was due to retire.

"General Qamar Javed Bajwa is appointed Chief of Army Staff for another term of three years from the date of completion of current tenure," read the brief notification issued by the prime minister's office, It added that "The decision has been taken in view of the regional security environment." The notification was personally signed by Prime Minister Imran. 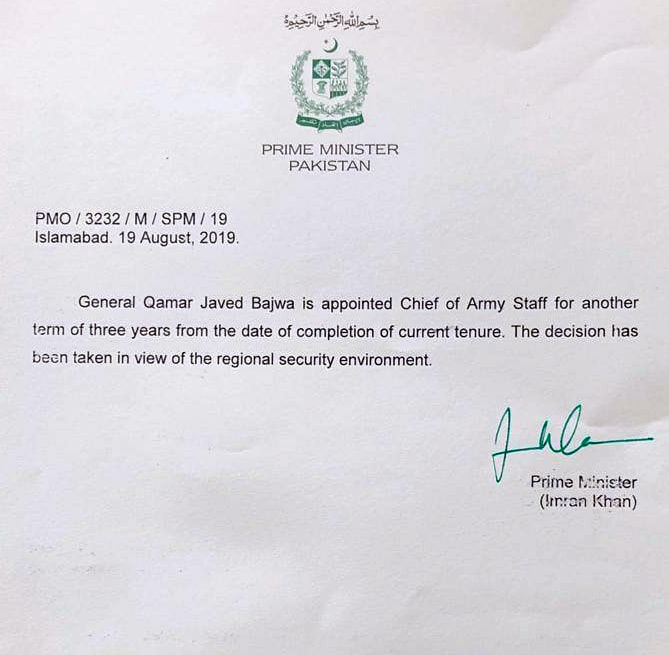 Gen Bajwa was appointed as the chief of army staff by former prime minister Nawaz Sharif in November 2016. nalysts talking to DawnNewsTV termed the development "positive" in view of the existing geopolitical situation, which has been defined by rising hostilities in Indian-occupied Kashmir and progress in the Afghan peace process, which stands at a critical stage۔