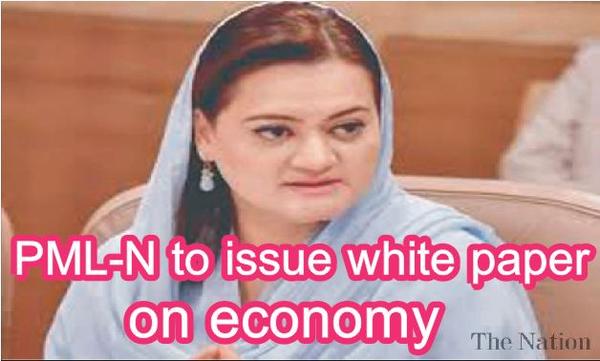 ISLAMABAD - Pakistan Muslim League-N (PML-N) spokesperson Marriyum Aurangzeb on Sunday said that the party would issue a write paper on the state of the economy and performance of different sectors. She said that the PML-N after five years of its government left the country in a better shape. It was moving on the path of progress and prosperity, she added.

Flanked by Senator Dr Musadiq Malik, she told the media here that the PML-N government gave the project of China Pakistan Economic Corridor (CPEC) and took economic growth to 5.8 per cent. The inflation rate was reduced to 3 per cent in August 2018, she added.

Marriyum said that the people were falling below the poverty line while prices of gas and electricity had increased.  She said that the PML-N had government taken loans and generated 11000 megawatts of electricity, constructed roads and completed projects of education and health.