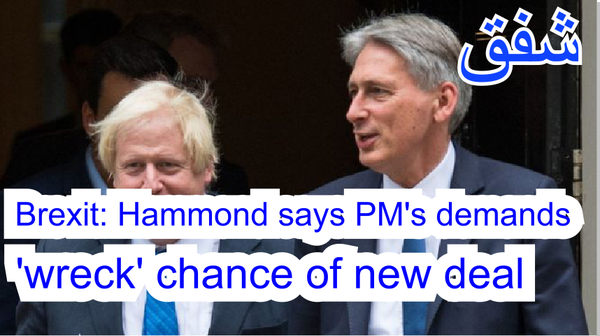 Former Chancellor Philip Hammond has accused the PM of trying to wreck the chance of a new Brexit deal, by making demands the EU could never accept.

In a Times article, Mr Hammond said a no-deal Brexit would be "a betrayal" of the 2016 referendum result. He said Parliament would "make its voice heard", adding that a no deal "must not happen". A No 10 source said the UK would leave on 31 October despite Mr Hammond's "best efforts to the contrary". The source added that Mr Hammond, as chancellor, "did everything he could" to block preparations for leaving and had "undermined negotiations".

The former chancellor rejected this suggestion in a tweet, saying he wanted to deliver Brexit "and voted to do so three times". Prime Minister Boris Johnson has called for the EU to remove the Irish border backstop plan before the Brexit deadline of 31 October. Many of those who voted against Theresa May's Brexit deal had concerns over the backstop - designed to guarantee there will not be a hard Irish border after Brexit - which, if implemented, would see Northern Ireland staying aligned to some rules of the EU single market.Mr Hammond, in his first comments since stepping down last month, said the early signs that Mr Johnson could take the UK out of the EU with a deal in place were "not encouraging".

He wrote: "The pivot from demanding changes to the backstop to demanding its total removal is a pivot from a tough negotiating stance to a wrecking one. "The unelected people who pull the strings of this government know that this is a demand the EU cannot, and will not, accede to."  Tom Barton said that remark was an apparent aim at the prime minister's closest adviser, Dominic Cummings - the former Vote Leave campaign director.

'Travesty of the truth'
Mr Hammond also warned that a no-deal Brexit would "break up the UK", saying the reality would be "a diminished and inward-looking little England".

It was a "travesty of the truth", he said, to pretend that Leave voters backed a no-deal Brexit in the 2016 referendum.

"Most people in this country want to see us leave in a smooth and orderly fashion that will not disrupt lives, cost jobs or diminish living standards, whether they voted Leave or Remain in 2016," he said.

"Parliament faithfully reflects the view of that majority and it will make its voice heard." Mr Hammond's comments come as Downing Street said it expected a group of MPs to try to block a no-deal Brexit by attempting to pass legislation when Parliament returns next month. The Daily Telegraph reports that Commons Speaker John Bercow told an audience at the Edinburgh Fringe festival that he "strongly" believes the House of Commons "must have its way".

He said he would "fight with every breath in my body" any attempt by the prime minister to suspend Parliament to force through a no deal against MPs' wishes. 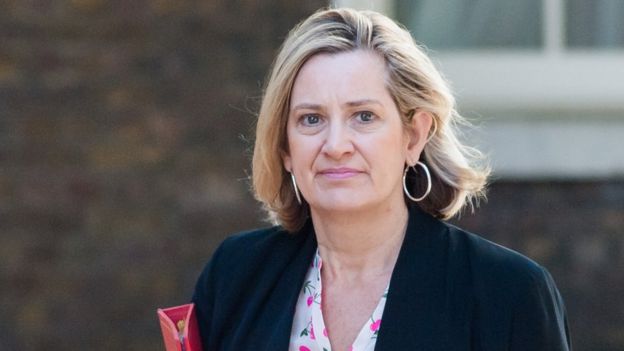 On Tuesday, Work and Pensions Secretary Amber Rudd urged Mr Johnson not to force through a suspension.

She told the BBC: "I remain a great admirer of Parliament and of parliamentary sovereignty and I will continue to argue for the executive of the government that I'm part of to work with Parliament, not against them."

Meanwhile, the Sun has revealed that Mr Hammond and 20 other senior Tory MPs have written to the prime minister to say his demand to scrap the Irish backstop "set the bar so high that there is no realistic probability of a deal being done".

The MPs said they were "alarmed by the 'Red Lines' you have drawn which, on the face of it appear to eliminate the chance of reaching agreement with the EU". The group also demands that Mr Johnson declares he is firmly committed to leaving the EU with a deal and is ready to compromise to get one - pointing out those were assurances he gave during the leadership campaign "both publicly and privately". Seven other former cabinet ministers are said to have signed the letter, including David Lidington, David Gauke, Rory Stewart and Greg Clark, all of who resigned before Mr Johnson took office.