Past and future feminists 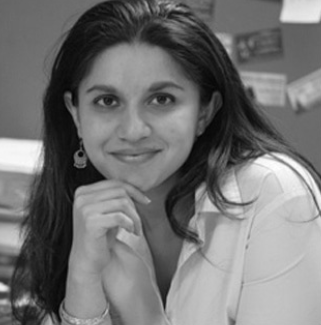 IN the course of researching my book which dealt in large part with the stories of Pakistani women throughout our country’s history, I spent several hours trying to configure the lives of the women who had been young at the time of Partition. The quest of course, was to unearth a picture of what women’s movements looked like in those early days when the power of a movement had carved a country. What I found was not the typical story of solidarity and sisterhood that I expected (or perhaps hoped for). Instead, my imagination was forced into the drawing rooms of the rich and powerful.

The first ‘movement’ of Pakistani women began quite likely in the sitting room of Begum Liaquat Ali Khan, the wife of the first prime minister of Pakistan. One of the subsequent prime ministers, Mohammad Ali Bogra had (while in office) married a second time without the permission of his wife. This had thrown the cabal of elite women into a state of frenzy. It was a powerful frenzy, one that would lead to the eventual passage of the first Muslim Family Law Ordinance, whose original iteration forbade polygamy.

In visual terms, I imagined a flourish of frothy ghararas (for which Rana Liaquat Ali Khan was famous), perhaps the swish of saris of those seated on prim sofas. Behind them bearers would have carried cups of bone china set upon trays of silver; laughter and favour would have lubricated the meetings, a collective sense of getting things done buoying the spirits of those present. The founding women, so to speak, would perhaps have been shocked to see the urban Pakistan that exists today. It made sense that one of the first things that brought the newly Pakistani women together was an effort to ensure that their marriages were safe. That at least is what can be gleaned from what they left behind; their agitation was in large part of the private kind, the sort that inveigled itself into the favour of the women whose power defined them as well.

On the 72nd birthday of Pakistan, it is worth considering whether or if much has changed. The founding women, so to speak, would perhaps have been shocked to see the urban Pakistan that exists today replacing the rural landscape that existed for vast swathes outside the boundaries of Lahore and Karachi. Pakistani women have been front and centre of this urban expansion.

If working or not working was the choice before women in the past, it is rarely so for the working and middle class women of the city. The consequence has been women everywhere, perhaps more covered up than before, but also in larger numbers by hundreds of thousands and even millions. They work for bus and coach services, in labs, in food service, law enforcement and on.

Most of these women would not call themselves feminists — the neo-imperial wars and the faux feminism of the ‘war on terror’ have ensured that — but they are also not relying (like the women of yore did) on male protectors. They may not spout the jargon that is contained in feminist books and tomes, but they can provide a pointer or two about surviving in Karachi’s streets and in the crowded offices where they are still in a minority.

They may not add up to a movement, but it is true that the increasing prominence given to sexual harassment cases in the media has bred a kind of homebred #MeToo movement of its own. Even if it does not bring down the boss, there is enough moral censure attached to it to force at least some co-workers to think twice, pause and reconsider and reflect before harassing, demoting, ridiculing and humiliating women for the imagined crime of simply doing their jobs. Change does not come in a day, but perhaps it does come in 72 years. The army of urban working women walking in the streets of the country is bolstered by concerted efforts at having a visible presence.

The Aurat March, which has become a fixture on the country’s activist calendar receives the usual critiques that men have always lobbed at women, but endures nevertheless — this time under the leadership of women from most if not all socioeconomic classes. The efforts to be inclusive in terms of class are held back by the fact that beyond the auspices of one or another event, different social classes, just like genders and ethnicities, simply do not mix. In this last respect, things have not changed at all in Pakistan, but it would be unfair to pin all of it (just like so much else) on the back of women.

A note also to Pakistani men, a good many of whom take it upon themselves to fill comment spaces for columns such as these with decontextualised religious teachings, personal rants against women, random observations of women’s imagined misdeeds, and so on. Men have enjoyed unprecedented privilege in the world and especially in Pakistan for all its existence. It is inevitable that change is going to affect the culture of derision, dominance and degradation that has defined the country until now.

The denial of male privilege feels like oppression, but it is not in fact oppression; it is simply returning the share of power that never belonged to them in the first place.

If the women alive and active during the momentous years of Pakistan’s creation worked through the power of the men they knew — their husbands and fathers and brothers — today’s Pakistani women are gathering and using their own power. The men of Pakistan must take a moment to realise and commend this progress, and understand that the country that is now 72 years old belongs as much to Pakistani women as it does to Pakistani men.

The writer is an attorney teaching constitutional law and political philosophy.